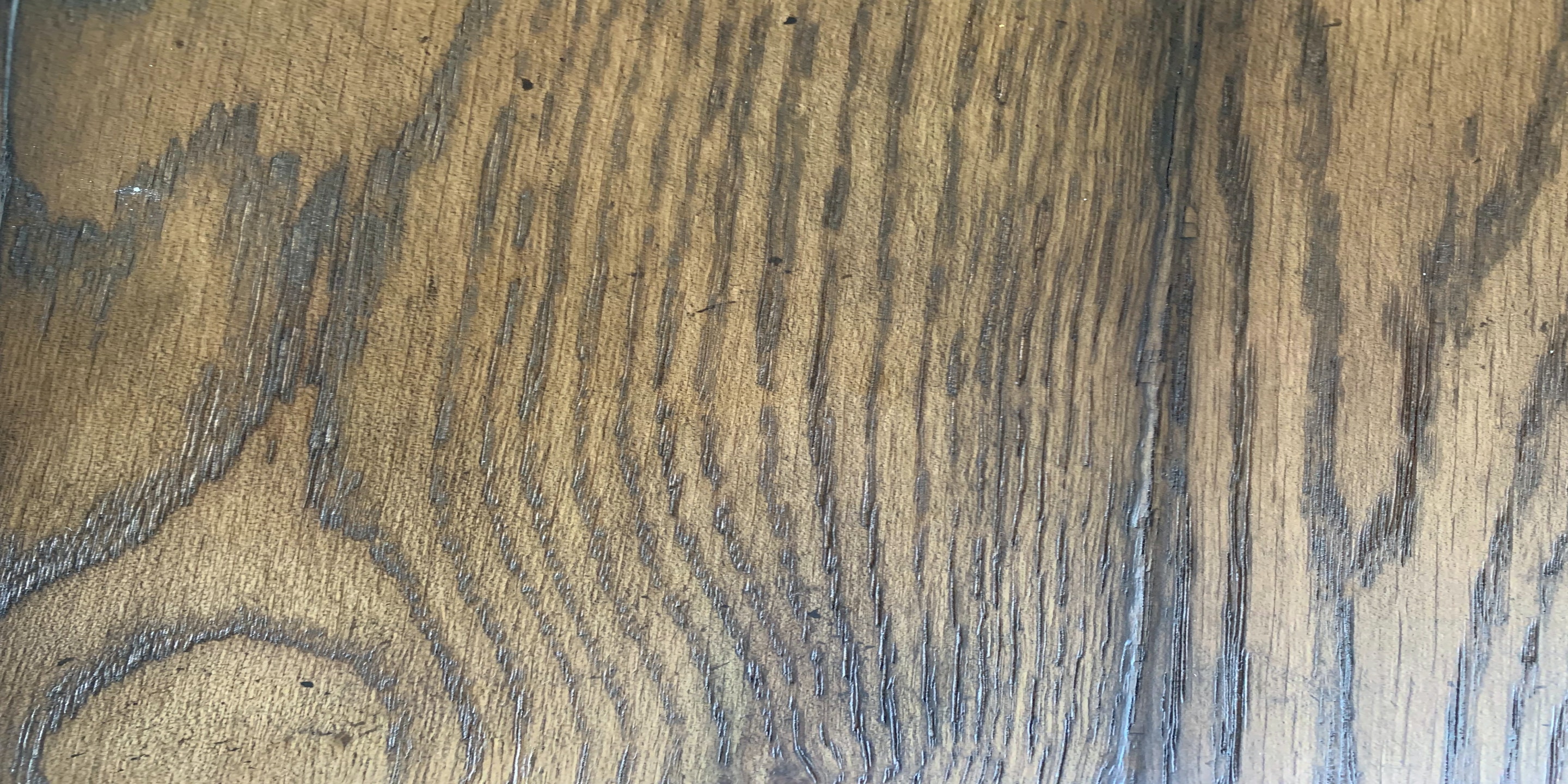 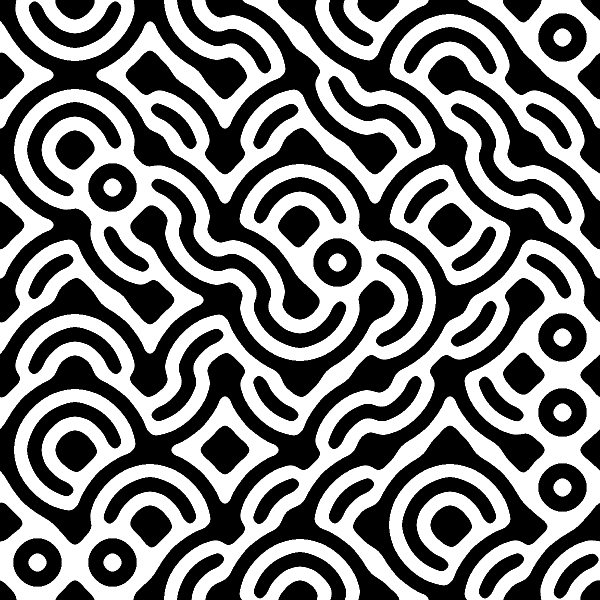 Thirty-three days ago, Scott and I had the idea to engage the Lurker community in the content creation process. We asked everyone to offer an idea for what we should focus on in the next episode. We’d randomly choose one of the ideas, and then when we auctioned off that episode as an NFT, that person would get 50% of the proceeds, with everyone who offered an idea sharing 25%. This seemed to be a good way to surface interesting content and take advantage of Mirror’s economic tools to engage the Lurker community. And that’s the episode you are reading right now.

But that was thirty-three days ago. And you are just seeing this now. And this isn’t the thought piece I imagined. What happened? Well at about day nine, I remembered that I’m a very streaky writer. When I’m on a roll, it comes easy. When I’m not, every sentence is either dead or dying. And then I start over. And then I decide I can’t write until the next morning, when I’ll be fresh. And then I think maybe web3 isn’t for me after all, and that starting this project was a huge mistake. Because I somehow have to write what I’ve built up in my head as a comprehensive thought piece and I simply can’t. Maybe it would be easier to become a recluse and write an entire novel rather than this, even though I’ve never done that. And what was I thinking when I said I’d do this.

I’ve shied away from writing thought pieces for a few reasons. The first is, there are many brilliant people already doing this. As we build out the intellectual capital in this space, some sharp minds are describing the edges of where we are going with clarity and precision. They often use data and diagrams and weave what’s happening with other related developments in tech and society. I can’t compete with that.

Secondly, there is also an army of second-rate thinkers pumping out loads of schlopp in an attempt to become thought leaders and acquire 10K twitter followers. It’s a bunch of hand wavey stuff that sounds smart-ish but doesn’t advance the conversation. I fear I’d be in this camp if I tried.

In addition, while I can integrate some big brain stuff, I also have a short attention span due to spending too much time on crypto twitter. Some of the longer pieces, even if acclaimed by the greater community, bore me. When I tried to write about the unique tradeoffs of the Permaweb, an outstanding topic by the way, I became extremely bored with my own thinking.

So let me tell you the thesis I was mind-numbingly writing about in a few sentences. Like many aspects of crypto, the Permaweb is a mixed bag. On the one hand, in a world of books being banned in America and the Chinese Communist Party rewriting their own history, the existence of an unassailable ledger of contemporaneous thoughts, news and culture is invaluable. On the other hand, I’m a little uncomfortable that everything I say on Mirror and on future web3 platforms will be recorded until the end of time on Arweave (more on Arweave below).

Now, let me expand on the Permaweb with two adjacent memories. Not quite intellectual junk food, but definitely not a kale smoothie. (When striving for relevance in these parts I can always fall back on my genesis story which involves being here fairly early.)

When I think of the Permaweb, two projects come to mind, both of which I had a chance to invest in.

Filecoin ($FIL) powers the InterPlanetary File System (IPFS), which is a project to serve and store data in a peer-to-peer way. This technology is a necessary ingredient for the Permaweb, since any centralized entity responsible for serving and storing our data, whether it be a corporation, nonprofit organization or government,  will come and go over the decades and centuries, if history is any judge. Not so with peer-to-peer.

One of the big crypto stars in 2016 when I first became obsessed with this stuff was Juan Benet. He invented IPFS and was/is a friend of Vitalik’s. The three of us were together at an event hosted by Visa in Foster City in 2016. They were talking it up, and I was lurking and tracking Vitalik’s every move like the fan-boy I am/was. At one point during the mingling after Vitalik’s talk, Juan Benet appeared before me and I introduced myself. He shook my hand, but seemed to be looking over my shoulder. He seemed a bit snotty. To be clear, this anecdote says more about me than Juan Benet.

Then months later, in the Spring of 2017, after I’d started a crypto PR firm, a mutual acquaintance set up a call between me and Juan. His firm, Protocol Labs, needed some PR help. This could be a big break. He was legit and I already mentioned a friend of Vitalik’s. But on the call, Jaun asked if I’d write a sample press release so they could evaluate my work. That sucked, because who wants to write a press release and not get compensated? Kind of a snotty suggestion, don’t you think? And more importantly, ETH had started its run and I was feeling a lot richer than I had been a few months prior, especially with what I speculated might happen next (which turned out to be true in 2017). So I never wrote that press release. In fact, I’m not sure he liked my attitude on the call and he never got back to me. If I’d taken a different tack, I’d have probably made out spectacularly, since current or future $FIL tokens would have likely been a part of (or all of) the compensation. The project is valued at $7.7B at the time of this writing. A missed opportunity due to my gut feelings on a person/project.

Now, a bit on Arweave. That’s the hot project that they call a global permanent hard drive, utilizing a mix of blockchain, Web 2 technology and crypto economic magic. Earlier this year I’d noticed that all Mirror content is recorded and hosted on Arweave. Interesting. Then I heard Arweave founder Sam Williams on a long-form crypto podcast (can’t remember which one). I was blown away by him and his vision. Also his emotional intelligence and the way he handled himself. The fact that Arweave utilizes the Solana blockchain at a time when $SOL was popping, made me think I should make an investment. And the timing was perfect. We’d just moved and I had some fresh cash to put into crypto for the first time in years. So I decided to take a close look and probably put some money in.

Then life took over. I did a lot of dishes, drove the kids to a multitude of events, and busied myself with other random stuff. I still intended to invest in Arweave. But then, as crypto is bound to do if you sleep on it, the Arweave rocket ship took off without me. In mid August, as I was futzing around, $AR shot up from about $9 to $60. As of this writing, it is at $76. Maybe still a good buy long-term, but I’m loath to jump in at these prices. So in this case, the good feeling I had about a founder and a project, even without massive research, turned out to be right, and I didn’t move fast enough.

The connection between my difficulty in writing a smart piece about the Permaweb and my investment decisions related to investing in Permaweb companies, is money. At Lurker we auction off our written work as collectible NFTs. It raises the stakes for quality content, at least in the mind of this writer. As I’ve said before, the magic of crypto has always been big ideas combined with big money. The ideas are fueled by the money at stake. With Lurker, the dollars are small. But we are still a crypto-native project, and crypto-native projects earn relevancy, not through likes and recommends, but by moving money around. People voting with their wallets. It’s a powerful new concept that lights a fire under content creators and also raises the stakes. For me, the decision to invest in a project or not is a lot less complicated than creating something that I’m asking others to invest in. At the end of the day, it’s not just turtles all the way down, it’s money all the way down, all over this space. Playing with real ammo is exciting, but it can also mess with the head of a lurker and lazy bastard like me.

Thank you to all the Lurkers who provided ideas, and especially jaydee who provided the Permaweb prompt. You will receive your splits from Lurker Treasury two weeks from today.

This episode features Schnark (he/him/his), the third Lurker mascot. Schnark lurks in the OpenSea, letting the little fishies go on by, but he’s always ready to take down a whale.

This month I’ve also been fighting some demons. 3D FOMO is real. Cinema 4D has been my app of choice for many years now, but I’m starting to get swayed by the likes of Houdini and Blender. I’ve been working on a 3D version of GREP, but as I’m going on hour five of hacking away at the clouds trying to get them to look the way I want, I keep peering over the fence at Houdini and just knowing I’d get the perfect result... if only I put the six months of training into it. Add twenty other different tools, plugins, and render engines in the “I’ll check these out when I have a minute” list, and it’s almost as paralzying as trying to decide which token is going to pop next.

Join us on Discord!